Drop-a-Deal allows to trigger two custom scripts:
If you are looking to track events on Facebook and/or Google Analytics, make sure that the Facebook Pixel and Google Analytics scripts are installed on the page.


Edit your campaign, click on the Campaign tab, scroll to the bottom, and expand the Tracking Scripts section. 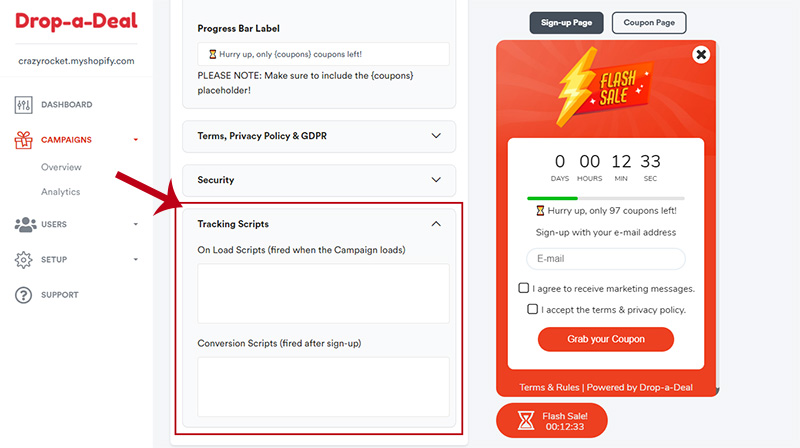 Make sure that the scripts start with the <script> and end with the </script> HTML tags.

You can use the following placeholders to pass the pop-up's results to your script:

These placeholders can be used on your Tracking Scripts to perform complex automation tasks on your site.